“In terms of quantitative gains, we have been able to reduce the number of staff engaged in document capture operations by over 50%.”
Malin Marker Persson,
Chief Administrator, A-Kasse, HK 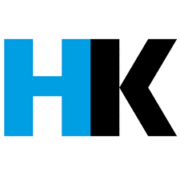 The Unemployment Insurance Fund is largely government subsidized but, unlike unemployment funds in many other countries, it is controlled by the individual trade unions. All employees are entitled to join the union’s unemployment scheme and, after one year’s membership and 52 weeks of full-time work, the members are eligible to receive unemployment benefits.

New member onboarding, and unemployment claims by existing members, are managed by A-Kasse case workers in the seven regional offices. Traditionally, on completion, case files were passed on to an electronic archiving system. This process, although successfully providing an effective case file storage and retrieval solution, had a number of operational drawbacks, including:

To evaluate the benefits of BPA’s proposed system enhancements, HK asked BPA to implement a proof of concept (POC) pilot installation. BPA developed, deployed and tested the pilot system during very quickly, and based on the successful results from the POC, HK contracted a full implementation of the new system. Shortly thereafter, the new system was in full production and delivering impressive results, including a more than 50% reduction in document management staff requirements compared to the old system.

The fundamental change between the old and the new system is simple: instead of scanning documents to archive after the case worker has finished the case-handling process—the main source of labor costs and errors in the old system—inbound documents are instead captured on receipt before case file processing. The solution then automatically classifies the document type and also captures, where possible, the Social Security number from the document using optical character recognition (OCR).

In a major step to improve overall system integrity, BPA added an automatic online validation check of the SSN captured by OCR. Documents where a SSN cannot be found, where there is low capture confidence of a handwritten SSN, or where the SSN does not validate, are sent for manual review and correction. Also, some documents have barcodes containing additional metadata manually added to them at the regional offices, and this information is also captured as part of the scanning process.

In addition, BPA was able to integrate all outbound correspondence to members into the document case file, again using the SSN as the primary key. Interestingly, Danish government regulations don’t allow the SSN to be shown on printed matter, so BPA added the SSN as a white font text string to the PDF file. On a white background letter, this is not visible, but it is easily read by the document capture software for accurate filing in the corresponding member case file.

BPA also included, as part of the capture process, automated emailing of documents to government departments that are registered to receive copies of specified document types.
Meanwhile, the new process allowed HK to reorganize the inter-departmental document flow by centralizing document capture at the Copenhagen office. Rather than piecemeal document capture occurring on case file completion at the regional offices, all documents are sent to Copenhagen for capture, classification and indexing prior to processing.

Documents can be sent by regular mail, or individually scanned and e-mailed to the capture center for classification and indexing. The centralized capture process implemented by BPA is able to capture and consistently process a much wider range of media formats, including a growing number of web forms and email submissions, especially from existing members, who all have personal mailboxes integrated into the system. New member onboarding, however, is still predominantly a paper- based activity.

The results of implementing the new system at HK’s unemployment insurance division, A-Kasse, have been dramatic. “In terms of quantitative gains, we have been able to reduce our document capture operational costs by over 50%,” said Malin Marker Persson, Chief Administrator of A-Kasse.

“The new approach is also significantly faster, is more accurate—meaning a better service to our members—and it ensures a standardized approach to all document-related activities across the organization. In addition, based on the comprehensive statistics we are now able to extract from the integrated document capture process, we are now in a position to properly manage all aspects of our document activities, including cost accounting, budget forecasting and inert- departmental cross-charging.”

And the future? “HK currently uses IBM Content Manager for document storage, but HK is evaluating the use of Microsoft SharePoint in the future. We see this as an opportunity for further improvements to the system, given the solutions strong support of SharePoint,” said Kim Rudbeck, Sales Director of BPA Solutions. “Given the success of the new document management processes, there is also the possibility of other areas in which HK can adopt the system in the future.”